Readers of New Persia: Before the Storm will encounter some names which are drawn from the Persian language, somewhat changed by a millennium of use on a distant planet.

I used Persian names for the characters and for certain proper nouns. That includes the names of military hardware.

For the tanks and planes in the book I tried to be as realistic as possible. I used historical information as a guide for what Persian and Azanian vehicles could, and could not, do.

For instance, “Tosan” means “Wild Horse” (or “Mustang,” if you prefer). The Tosan is a Persian light tank used by Captain Turani’s armored company, and is like an M41 Walker Bulldog. The M41 was used by the US Army and many American allies from the 1950s on. It was light and fast, but poorly armored. The M41 is also the tank on the book cover of New Persia: Before the Storm. Imagine a nine-pointed star instead of a five-pointed one! 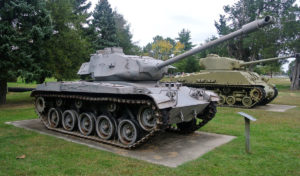 Captain Farad Hashemi’s “Qaher” jet fighter would be called “Conqueror” in English. I based the Qaher on the Hawker Hunter, an exceptional British fighter jet from the 1950s. When Farad takes to the skies, he doesn’t do anything a real Hunter could not. 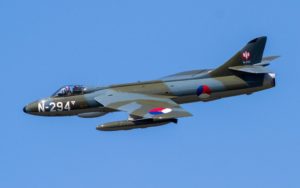 The Azanians field the “Duma” (Cheetah) fighter plane, based on the French Mystere IV. They field some other equipment that I won’t spoil, because it’s a surprise :). 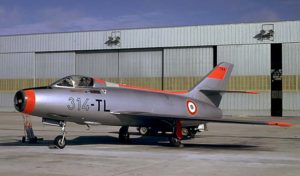 Finally, the Persian “Karar” (Striker) main battle tank is based on the outstanding British Centurion. It’s slower than the Tosan but heavily armored with a powerful gun. It’s the best all-round tank in the world of New Persia, and the Azanians fear it. 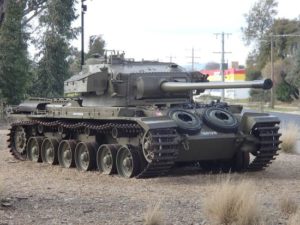 I attempted to create a world where the military equipment performed in a consistent and believable way. I think this is very important for the “feel” of the story so the reader isn’t confronted by unrealistic actions beyond the ability of 1950s Cold War hardware.

The battles in New Persia: Before the Storm are reminiscent of the era in 20th century warfare when tanks and planes reached the peak of technology before the computer revolution. Hitting enemy targets is still a matter of luck and human skill. It’s not about smart bombs and homing missiles. I wanted the war to be between people, not robots.

Sign up to get my newsletter! I review books written by other authors, give sneak peaks to my current writing project, do fun contests and more!

As an Amazon Associate I earn from qualifying purchases.

Sign up to get my newsletter! I review books written by other authors, give sneak peeks to my current writing project, do fun contests and more!

Listen to the Acoustic Pedestrian Podcast with me in it.

Learn how to read my books for free with Kindle Unlimited